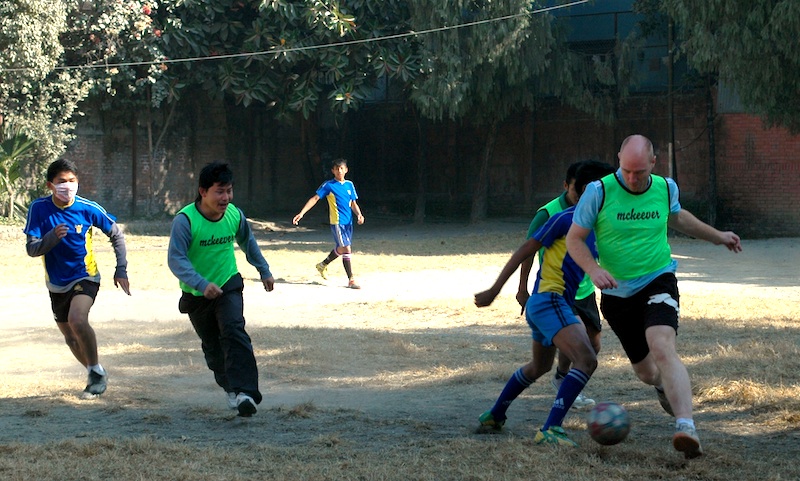 The staff/international team going head to head with Kanchanjunga.

On Wednesday 25th December 2013, the annual Umbrella Christmas Cup took place. After a spot of trouble trying to fix a pitch to play on, we managed to get access to a local college ground where some youths are studying! Despite the cold weather, there was a good display of football and the supporters on the sideline were obnoxiously loud! 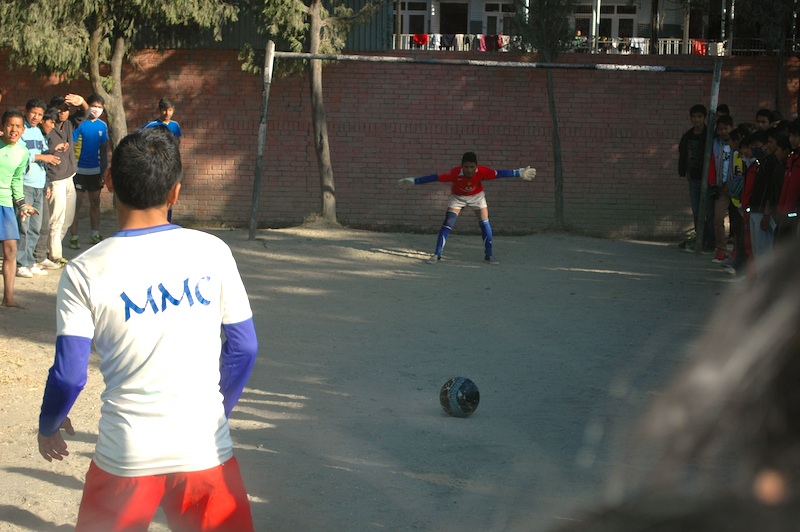 Annapurna taking a penalty against Kanchanjunga as an eager crowd watches on!

The staff team had an extra pair legs in the form of Brian Mac Domhnaill, an Irish friend from UNICEF, but true to form, they couldn’t keep up with the boys in the houses! While the youths have comfortably won the Cup the past couple of years, it was the Annapurna lads who took home the treasure after a gruelling penalty shoot-out against Kanchanjunga! A big well done to them and everyone who took part on the day! 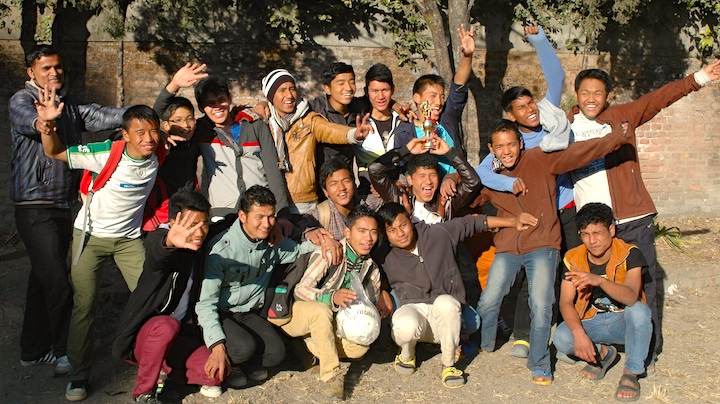 The girls houses also battled it out on the basketball court with some guest appearances from staff to keep it balanced! In the end, it was the ladies of Gauri Shankar who took home the trophy for the second year in a row. 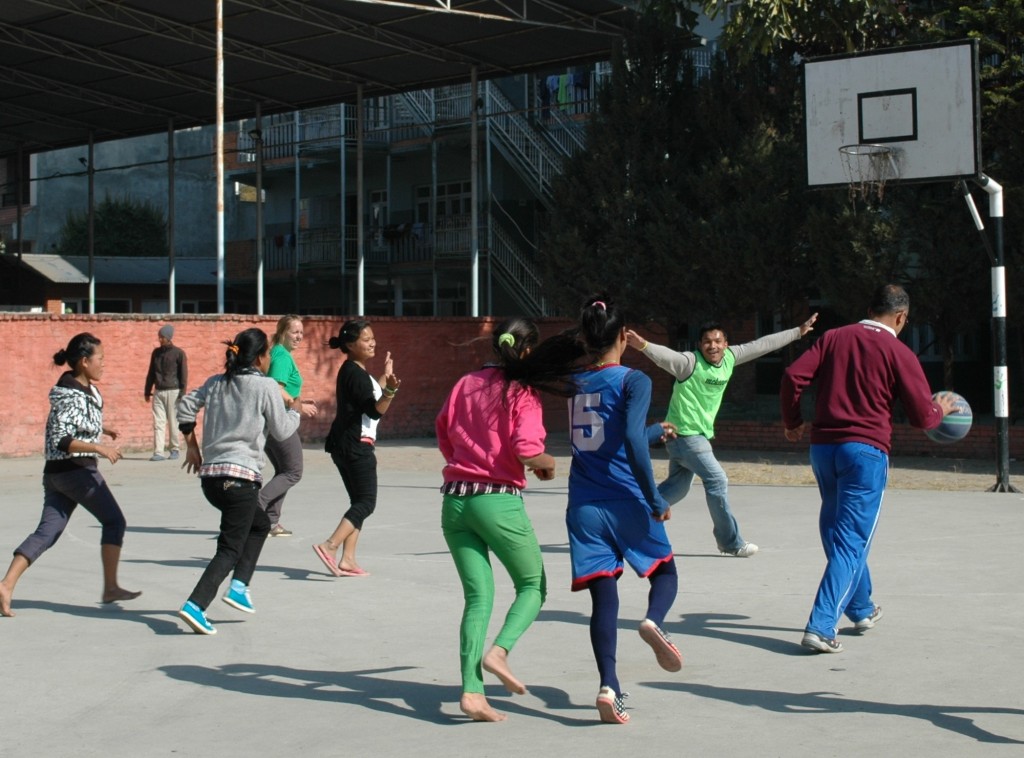 Santosh, Rajendra and Caroline lend a hand on the court! 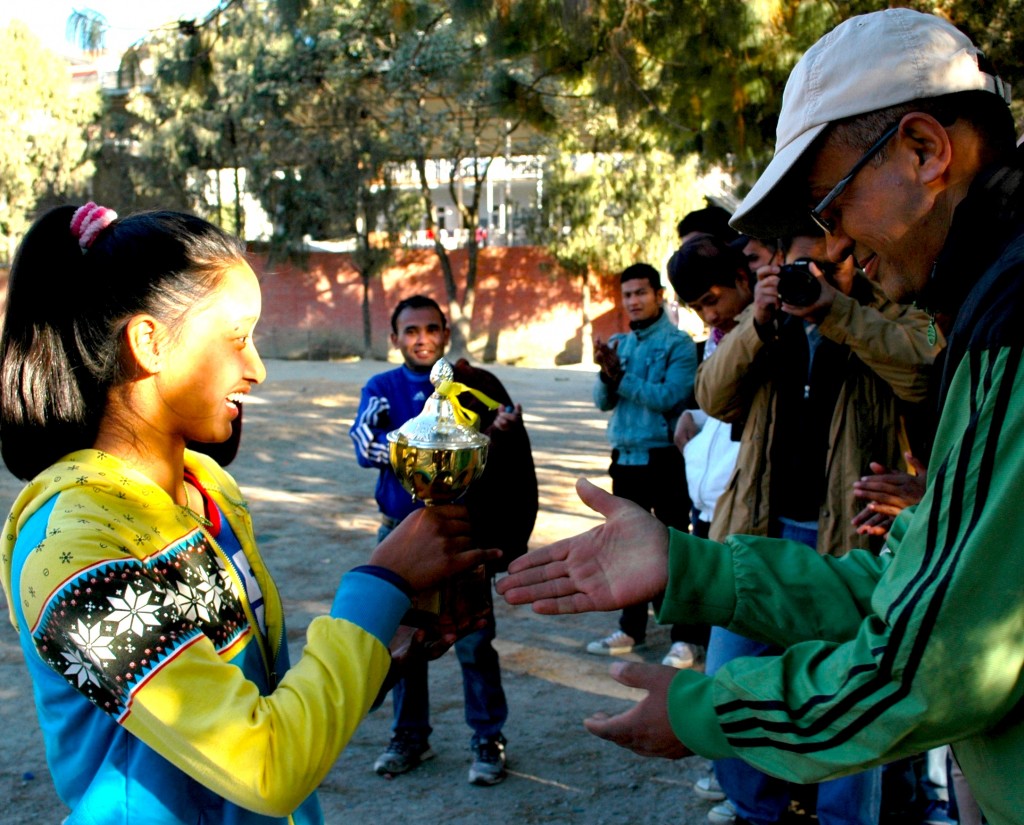 Kabita is accepts the cup on behalf of Gauri Shankar!

Another guest appearance was made by Santa Claus who delivered gifts and home-baked Christmas cake to each of the houses. A special thank you to Marie and Rachel Bell for making that possible and the wonderful sponsors who also sent cards and gifts. It was a terrific day full of festive cheer! 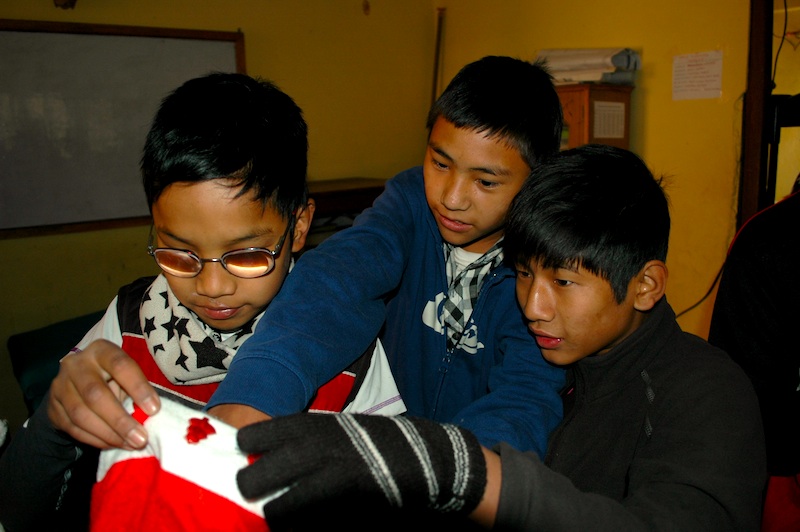 Manaslu boys reach into Santa’s hat looking for their present! 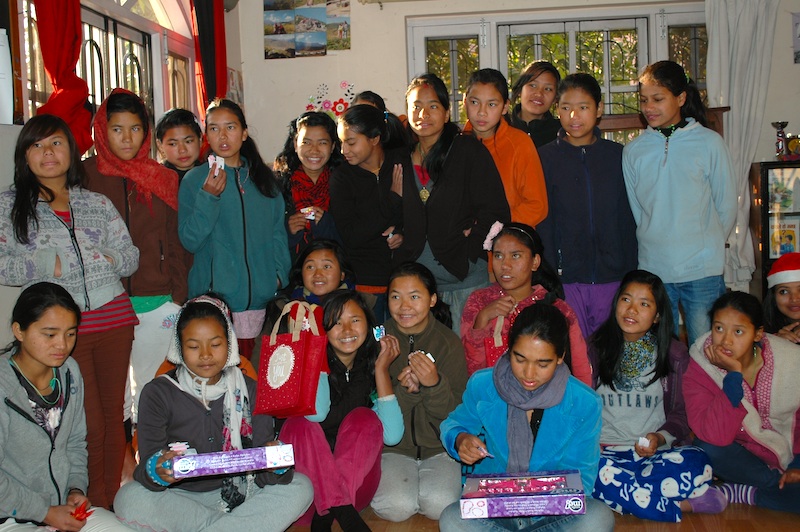 Gauri Shankar girls with gifts from sponsors and Santa! 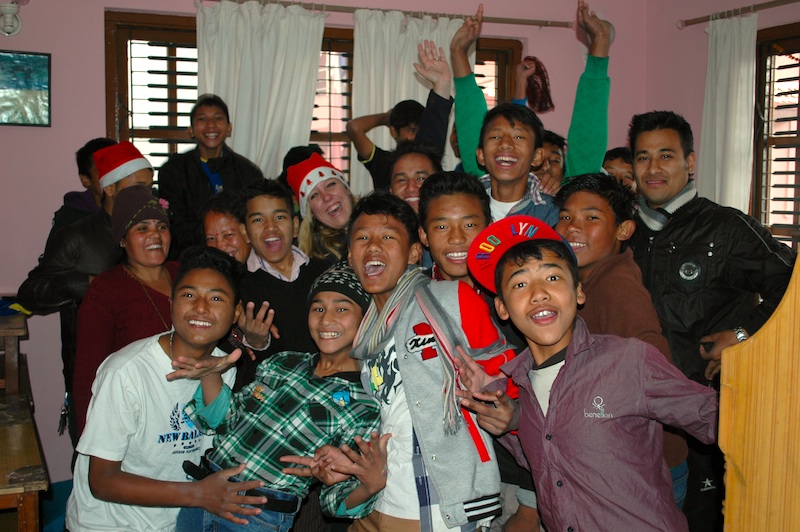 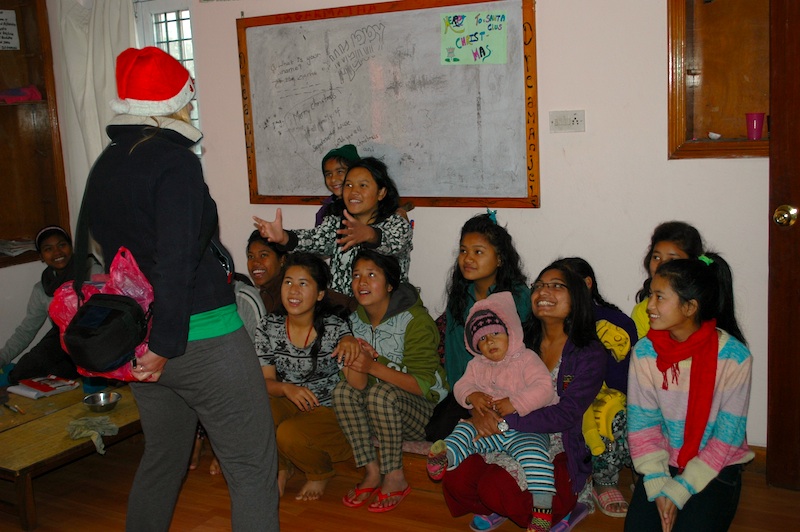