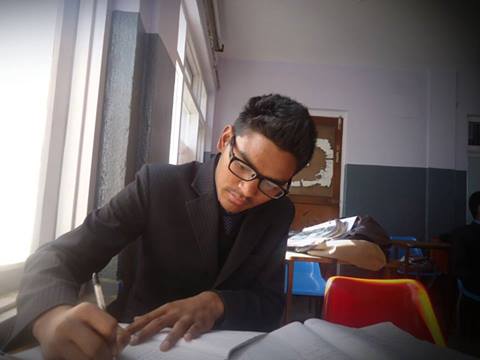 Approaching his graduation from our youth program (NSYEP) and leaving the formal care of Umbrella, Shiva decided to write and share his story. A window into the life of a boy from rural Nepal, the hardships faced at the hands of child-trafficking and the importance and impact an education and an opportunity can have.

Growing Up in Humla 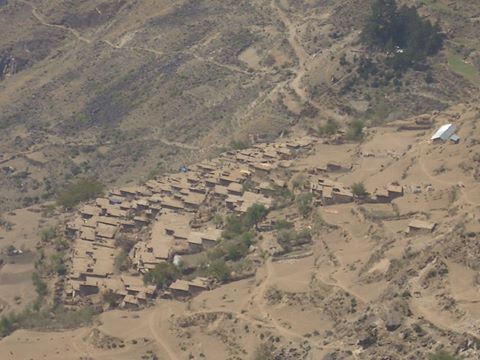 Shiva’s village in Humla, the far west of Nepal.

“My name is Shiva Bhandari. I was born in March 1996 in Humla District, Karnali Zone, Midwestern Region of Nepal. Humla being a rural area is a vulnerable and economically poor district of Nepal. My family – including three brothers, two sisters along with my father and mother – is extremely poor. Our family only had some land which was mostly infertile for growing crops. My father used to work at a local creditor’s house on daily wage basis. Nothing can be cooked in our kitchen until my father comes back from work. We, children were very happy when our father came back from work in late night. My mother used to cook then and we used to have meal very late. In winter season, my father used to go to Achham, another district so far from Humla, as a shepherd (goats keeper of creditor) for 6-7 months. We used to be so happy after arrival of father from Achham. We were extremely suffered from daily hand to mouth problem. 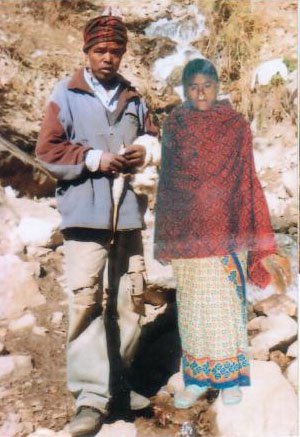 Shiva’s only picture of his parents – taped together.

My mother was physically weak. She couldn’t work and help father. She has been suffering from diseases. But we don’t know what type of disease she suffered from. She was very lovely. She fed us even she remains hungry. As she could not work, my father quarreled to my mother and beat her usually. I was very worried to see that but I could not do anything for my lovely mother. My mother’s serious health problem was increasing day by day. We had no money for treatment. We were fully dependent upon local traditional treatment system i.e. Dhami Jhankri (witch doctor) in local language. We had to give goat to make god happy. We had to borrow money or goat from creditors. As a result, our economic status was getting worse and worse. As my father could not pay borrowed money in time, local creditor seized our lands and transferred land ownership in his name.

Shiva as a young boy, enrolled in his first school.

I was very interested to go to school. As I see my friends go to school with their school bag I felt sadness. My father denied to send me to school. I used to go to jungle for grazing cows. I had to bring fire woods along with cows for cooking foods. I had to help my mother in the kitchen. I used to go to creditor’s house along with my father and look after their animals. Sometimes, I used to go to school without my father’s permission. I had no bag, books, copies and pencils. My fellow students had bread as tiffin. I had nothing to have lunch. I was just watching lunch being eaten by friends. In 2004, when I was just around 8 years’ old, my mother passed away as she could not get treatment. We could not give her life. I thought if I was a doctor I could save her. We all were kids then. Our sorrows were increasing and increasing day by day. I extremely missed my lovely mum. I am still missing now. Another miserable day also came in my early life, after 5-6 months of demise of my mother; my maternal grandmother (mother of my mother) was also died. I don’t know why the god punished my family and what for. My father went to creditor’s work as usual. We had no our lovely mother at home for cooking and feeding us. I extremely missed her. I had to go to jungle to look after cows without having food.

Life as a Domestic Servant in Kathmandu

I didn’t know that my life would take a turn in any moment. In 2005, a Humla based businessman took me to Kathmandu as his house keeper. I was so excited to go to capital city of Nepal. Finally, I left my house and my lovely family for Kathmandu. I had never seen buses and motor cycles. I reached to Kathmandu via night bus from Nepalgunj. I had to clean whole house and wash dishes. Son of house owner teased and beat me; I really missed my home and lovely family members. After two months, I think my house owner didn’t like my work because I am very young boy and I could not do work properly. My house owner sacked me and admitted me at an orphanage home in Kathmandu. I wept a lot. This home was a very new place for me. There are more than 40 children in that orphanage home. The founder and his spouse looked after us but he was a drunkard. He always drank and threatened us. He did not give us quality or even full portions of food. We remained hungry. He seldomly gave us lunch in the afternoon. We were hungry for whole day. We had to go to market to beg money and other supports on behalf of the orphanage. I started my study from grade one at government school. My study was not going well.

Coming Under the Umbrella 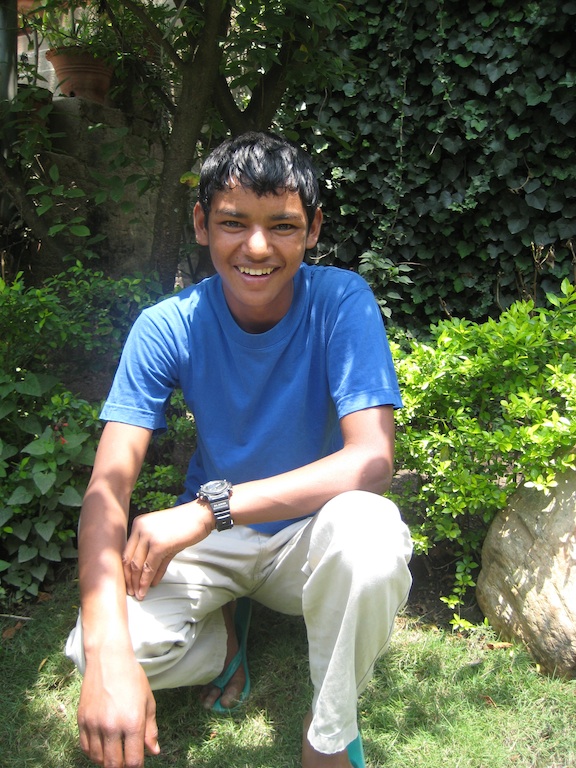 Shiva, finally happy under the care of Umbrella, in 2008.

I didn’t know that a day of happiness still will come in my life. I was shifted at another children home named Umbrella Organization. It was like rescue for me. I got lovely friends and helpful seniors at Umbrella Organization. Entire environment of Umbrella Organization was so good. I had a good opportunity to study and rise along with family environment of Umbrella Organization. I got well opportunity of studying at a good English medium boarding school. I did hard work for better result in exam. I was success in every exam with good mark and top position. So, I jumped twice in a row to grade four from grade two and to grade six from grade four. I passed secondary level (School Leaving Certificate, SLC level) with good first division. I was so pleased. My seniors of Umbrella were so happy. My sponsor was extremely happy to hear my result. Thus, I knew from Umbrella that ability is nothing without opportunity. After secondary level, I wanted to study science discipline in higher secondary level. Umbrella helped my higher secondary level study in science discipline. I passed grade eleven with first division and my exam of grade twelve has become so good. I am awaiting my final results. I am going to depart from Umbrella after one month. Decisions regarding what to do, how to study and how to run my life are rising. My aim is to become a doctor. I want to study MBBS course. If it is impossible I want to study bachelor level with quality education, especially abroad. In Nepal, there is lack of quality and international-level education.  I want to do something in this world. I want to do something for great soul of my late mother and helpless people in Humla.”

Now, Shiva is awaiting his final results from college and is looking into opportunities for scholarships and further studies. With such determination, we are confident that whatever the future holds for Shiva, he will do well for himself and has already made his mother very proud!

Shiva performing at Dashain in Umbrella 4 years ago!