Boys in Manaslu house studying under the guidance of their tutor.

As the academic year drew to a close in late March, the children were all working hard in preparation for the their end-of-year exams. Umbrella provided extra tuition classes to ensure the children were well-prepared. The Class 10 students in the homes were busy, busy, busy with morning tuition at 6am and returning home from extra evening study at 6.30pm! In particular, children in Class 8 sat their district level exams in early April and children in Class 10, their final year of secondary school, took their School Leaving Certificate (SLC) exams starting on March 20th. Those 30 children who completed their SLC are now making preparations for to enter the Next Steps Youth & Education Programme (NSYEP) where they will be encouraged to participate in voluntary work in their village, pursue their course or training or choice and be provided with workshops and counselling to support them in their transition to independent living.

After everyone had finished their exams, a special surprise event was organised to mark the occasion in a memorable way. On March 31st, a number of well-know Nepali celebrities came to Umbrella to help the children celebrate the end of their exams with style! DJ Salim kicked off the event with a disco, which had everyone up showing off their best dance moves! 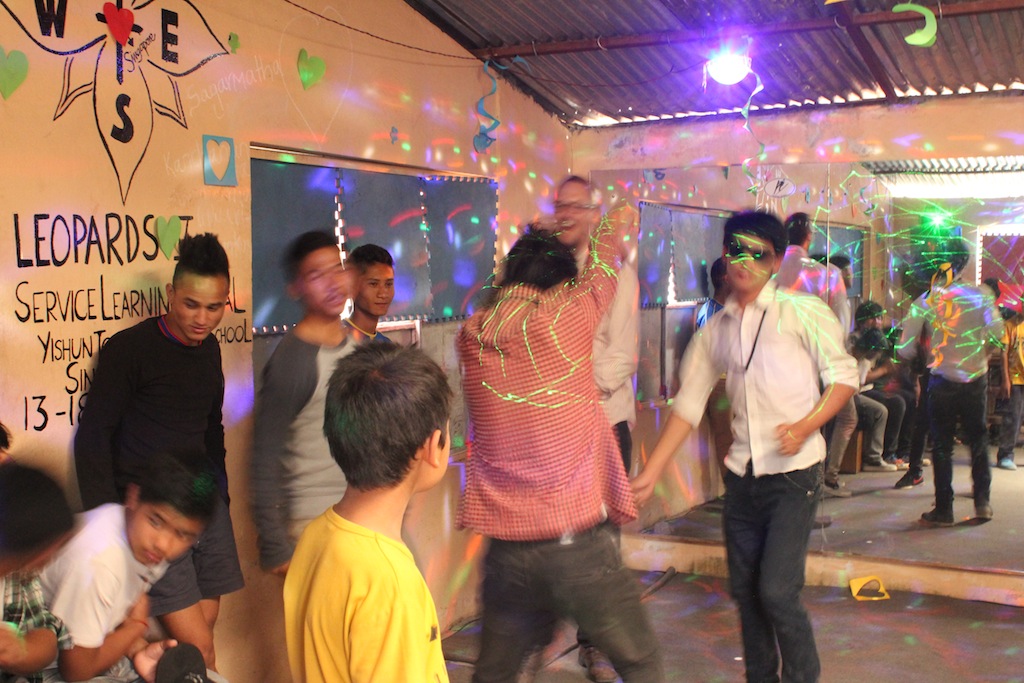 This was followed by Sarish Dali and Sunny Manandhar of Nepali rock band ‘Albatross’ who played an acoustic set of some the kid’s favourite songs and even a sneak preview of their new album ‘Ma Ra Malai’. 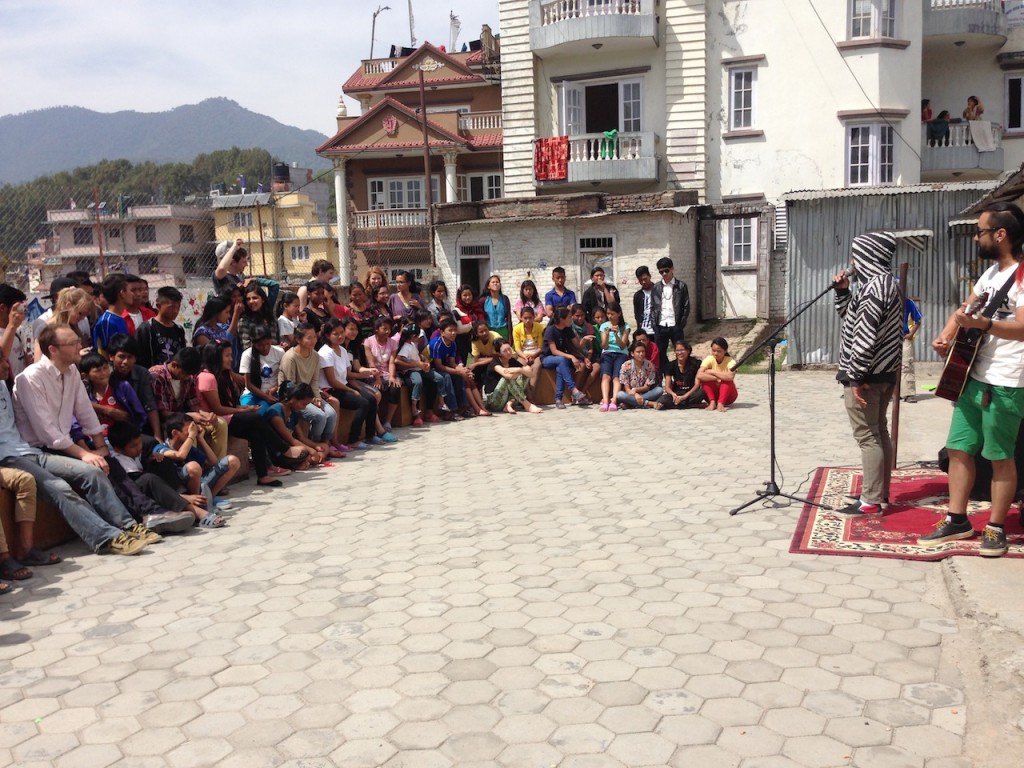 Albatross playing some of the children’s favourite songs live in our very oen Sagarmatha playground!

Finally, Nepali actor Aarpan Thapa was there to wrap up the event with some inspirational words and said afterward he “had a really good time at The Umbrella Foundation”.

The boys getting a picture with Nepali actor Aarpan Thapa!

Everyone hung around after to give photos and autographs and make it memorable for everyone there. Massive thanks go to DJ Salim, Sarish Dali (Happy Birthday Dai!), Sunny Manandhar and Aarpan Thapa for giving their time so generously to perform and spend time with the kids. 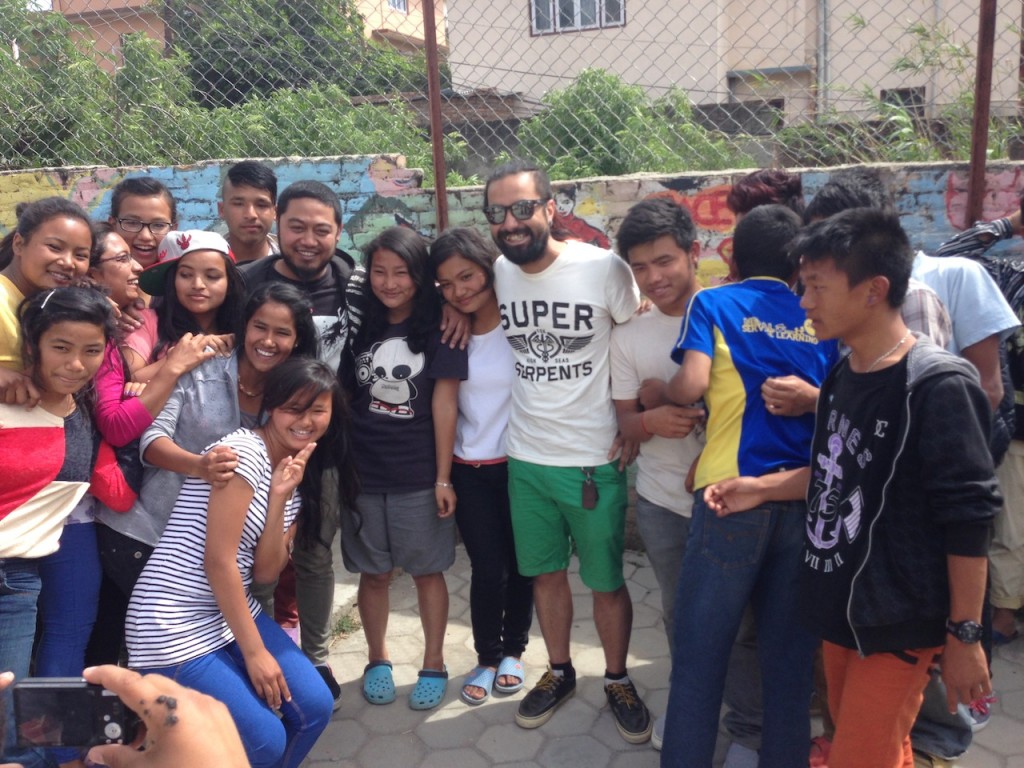 The children posing for photos with Albatross band members Sarish and Sunny!

Also, special thanks to Bikrant from metal band ‘Underside’ and our volunteers Emma Hamilton-Clarke (another Happy Birthday to you!) and Lauren Ackley for being behind the scenes organising the whole event. 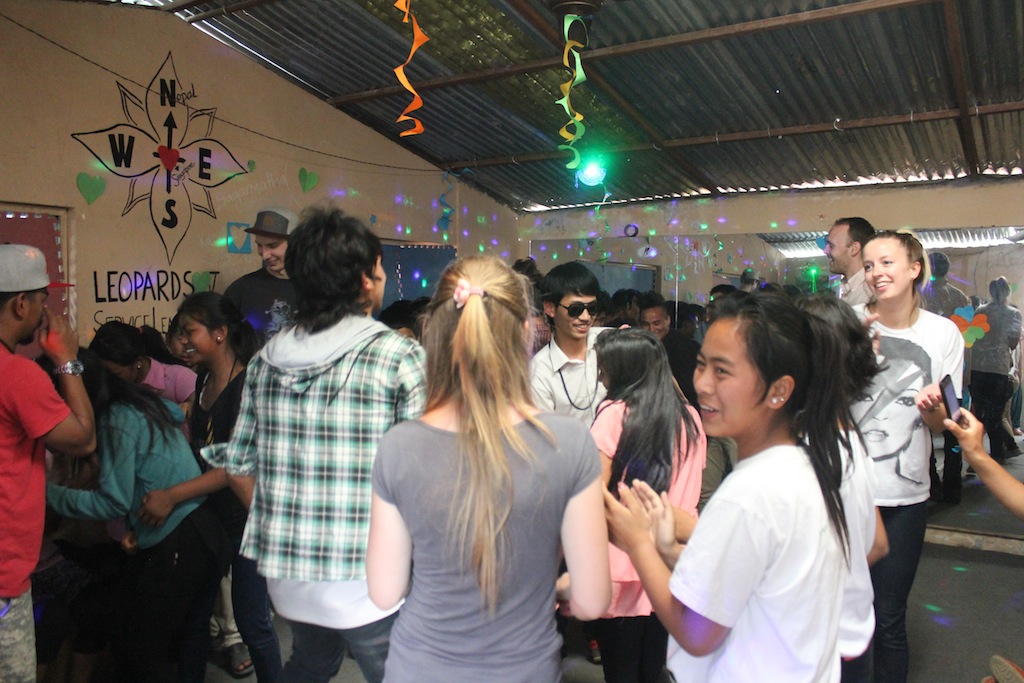 Children, volunteers and friends dancing at the disco! 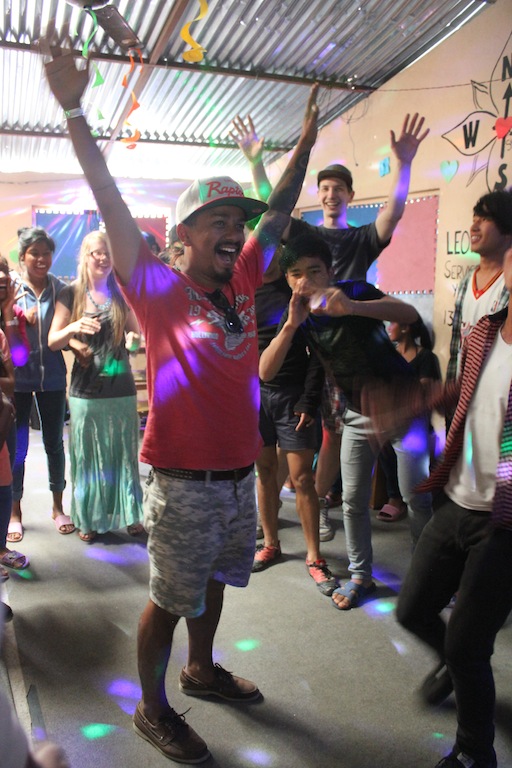 Bikrant, Dave, Charlie and the children doing their best (aka most embarrassing) dance moves!