In June of this year, after two and a half years of dedicated service in Nepal, Amy Mulcahy and Conor Fox bid the Umbrella children and team farewell. In their time here, Amy and Conor made a number of significant changes to how Umbrella was being run and as a result, the children under Umbrella’s care now have a more secure future ahead. Three specific achievements of note are: the establishment of our first Reintegration Centre outside of Kathmandu in Rasuwa, where we returned 54 children to their families and community; the inception of the already very successful Next Steps Youth Programme, catering for 30+ youths; and the complete revamp of the Volunteer Programme.

Both formed close bonds with the children and those still in Nepal get asked daily about how ‘Conor Brother’ and ‘Amy Sister’ are getting on. Although they are no longer in Nepal, both remain very involved with Umbrella from Ireland.

All involved with Umbrella know just how much time, energy and creative thinking Amy and Conor brought to the organisation and although they’re gone a few months now, they are still sorely missed.

On behalf of all the kids – Thank you both! 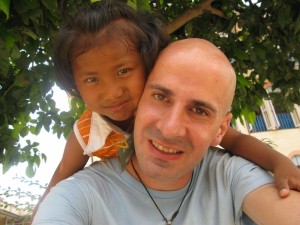